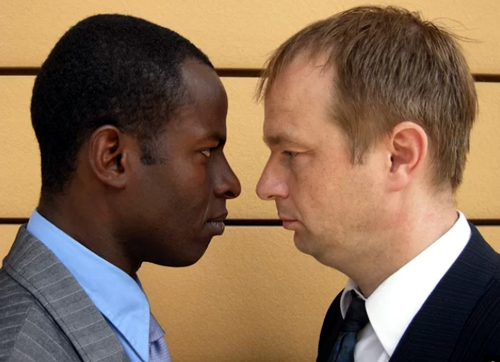 There's no gentle way to put it: People who give in to racism and prejudice may simply be dumb, according to a new study that is bound to stir public controversy.

The research finds that children with low intelligence are more likely to hold prejudiced attitudes as adults. These findings point to a vicious cycle, according to lead researcher Gordon Hodson, a psychologist at Brock University in Ontario. Low-intelligence adults tend to gravitate toward socially conservative ideologies, the study found. Those ideologies, in turn, stress hierarchy and resistance to change, attitudes that can contribute to prejudice, Hodson wrote in an email to LiveScience.

"Prejudice is extremely complex and multifaceted, making it critical that any factors contributing to bias are uncovered and understood," he said.  Read more >>
Posted by Anthony Derek Catalano at 11:00 AM