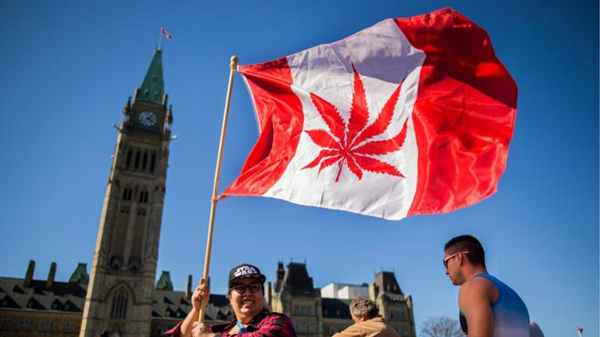 Canada's parliament has passed a law legalising the recreational use of marijuana nationwide.

The Cannabis Act passed its final hurdle on Tuesday in a 52-29 vote in the Senate. The bill controls and regulates how the drug can be grown, distributed, and sold.

Canadians will be able to buy and consume cannabis legally as early as this September.

The country is the second worldwide to legalise the drug's recreational use.  Read more >>
Posted by Derek Catalano at 4:54 AM