Bail revoked for promoter of failed music fest in Bahamas 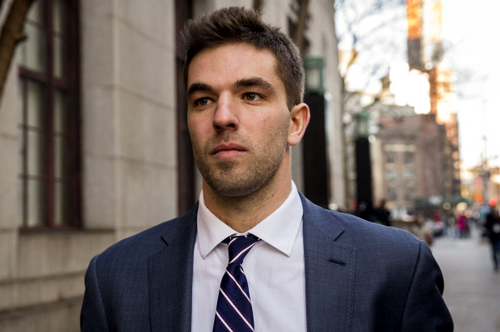 NEW YORK
Bail was revoked Monday for the promoter of a failed music festival on a Bahamian island by a judge who called him a flight risk and a nonviolent danger to the community.

U.S. District Judge Naomi Reice Buchwald said Billy McFarland was a "serious risk of flight" after his re-arrest last week on new charges alleging that he tried to cheat some of the victims of his botched 2017 Fyre Festival on the Bahamian island of Exuma by trying to sell them bogus tickets to music, fashion and sporting events.

Buchwald also called McFarland "a danger, in a non-violent sense, to the community."  Read more >>
Posted by Derek Catalano at 4:47 AM