This 14th-Century African Emperor Remains the Richest Person in History 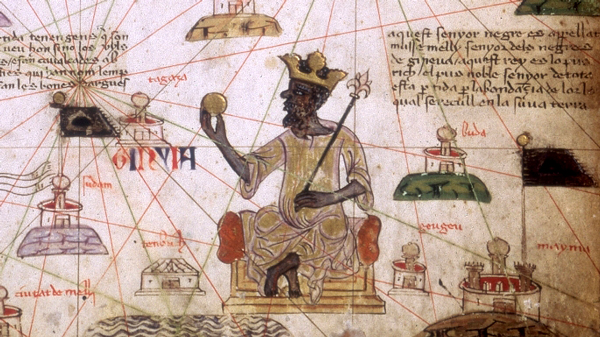 In the vast fictional universe of Marvel Comics, T’Challa, better known as Black Panther, is not only king of Wakanda, he’s also the richest superhero of them all. And although today’s fight for the title of wealthiest person alive involves a tug-of-war between billionaire CEOs, the wealthiest person in history, Mansa Musa, has more in common with Marvel’s first black superhero.

Musa became ruler of the Mali Empire in 1312, taking the throne after his predecessor, Abu-Bakr II, for whom he’d served as deputy, went missing on a voyage he took by sea to find the edge of the Atlantic Ocean. Musa’s rule came at a time when European nations were struggling due to raging civil wars and a lack of resources. During that period, the Mali Empire flourished thanks to ample natural resources like gold and salt.  Read more >>
Posted by Anthony Derek Catalano at 7:53 AM