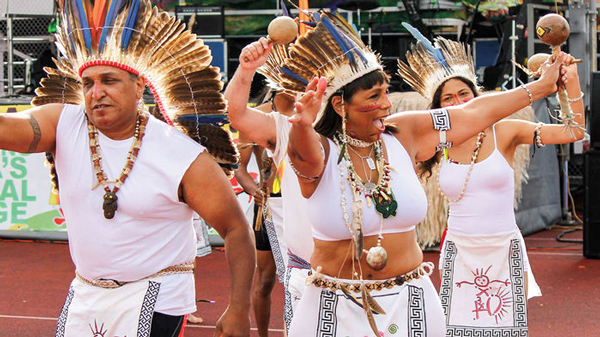 Jorge Estevez grew up in the Dominican Republic and New York City hearing stories about his native Caribbean ancestors from his mother and grandmother. But when he told his teachers that he is Taíno, an indigenous Caribbean, they said that was impossible. “According to Spanish accounts, we went extinct 30 years after [European] contact,” says Estevez, an expert on Taíno cultures at the Smithsonian’s National Museum of the American Indian in New York City.

Many scientists and historians continue to believe the Taíno were wiped out by disease, slavery, and other brutal consequences of European colonization without passing down any genes to people in the Caribbean today. But a new genetic study of a 1000-year-old skeleton from the Bahamas shows that at least one modern Caribbean population is related to the region’s precontact indigenous people, offering direct molecular evidence against the idea of Taíno “extinction.”  Read more >>
Posted by Anthony Derek Catalano at 5:16 AM