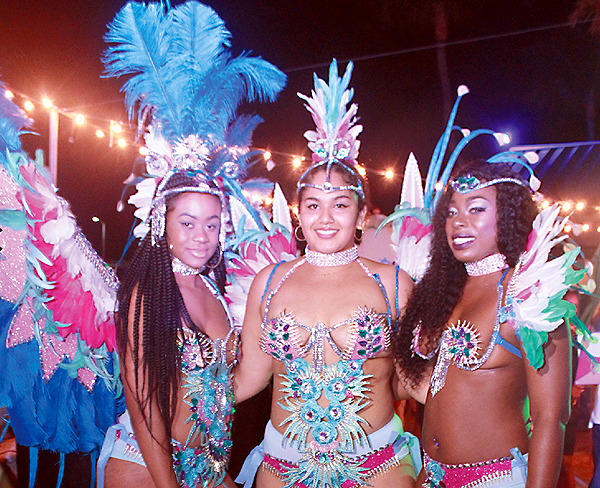 The Bahamas Junkanoo Carnival band launches have officially started with the unveiling of Euphoria Madness’ “Exotic Birds Of The World”, during a costume launch fete at Jimmy Buffet’s Margaritaville on Paradise Island.

It’s a theme created to allow revelers to fly above the everyday frustrations through dance, music and culture during the 2018 Road Fever Parade on May 5, 2018. Audience members at the January 20th launch got an early taste of the biggest street party set to hit The Bahamas for the fourth consecutive year.  Read more >>
Posted by Derek Catalano at 6:19 AM