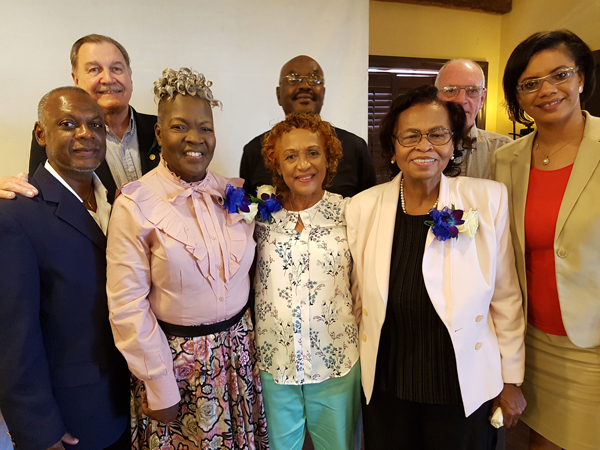 Accolades permeated the air as 11 employees of The Bahamas Technical and Vocational Institute (BTVI) were recently showered with tributes, plaques and gifts, in honour of their contributions to the organization.

BTVI’s Chairman, Kevin Basden, told the honourees that the board and management value the respective roles they have played.

“At the end of the day, you have built lives and by extension, the nation.  We know of the importance of the work you have done.  All of your roles have value.  It takes all of us to work together. There is no distinction in terms of your service,” said Mr. Basden.

He noted that the luncheon, held at Luciano’s of Chicago, was simply a token of appreciation for their diligence.

“This cannot repay you for your service. Many times it may have been hard or difficult, but you persevered. Too many times we don’t take the time to say ‘Thank you,’ but to be acknowledged by your peers speaks volumes,” stated Mr. Basden.

Supervisors of the honourees paid tribute to the workers with descriptors such as, “godly character”, “extraordinary worker”, “level-headed”, “beautiful personality” and “very helpful and honest.”

On the other hand, the honourees also paid respect to the organization.

Math instructor, Ronald Clarke said, “While at BTVI, every day, I want to go to work,” while Career Officer, Michael Smith revealed: “Ms. Racquel Bethel was one of the best bosses I had. She is a gem.”

Meanwhile, Nurse Voreetis Barr said it has been an honour serving at BTVI and Payroll Officer, Ann Marie Rolle noted that it was important for her to remain accountable and committed during her tenure.

Some of the retirees will continue on until the end of the 2018-2019 academic year. 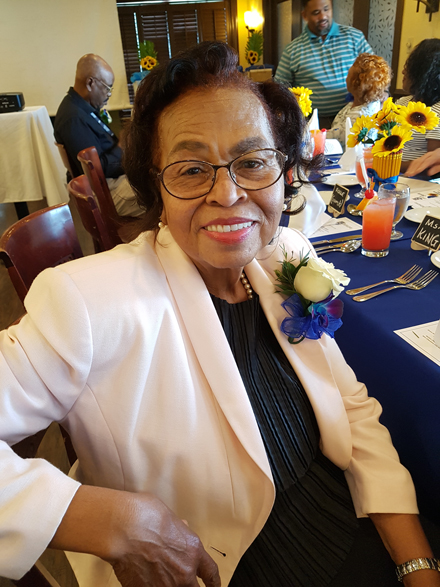 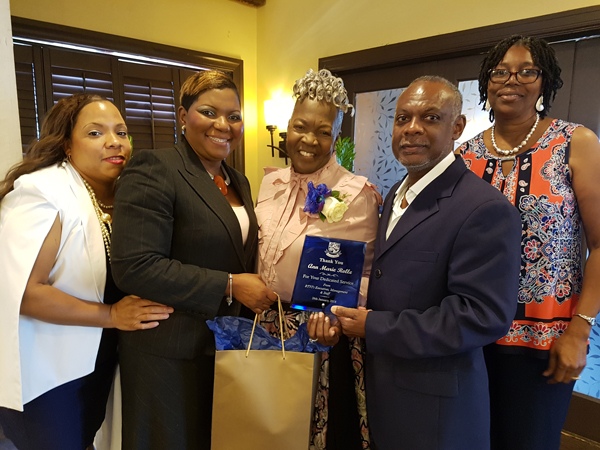 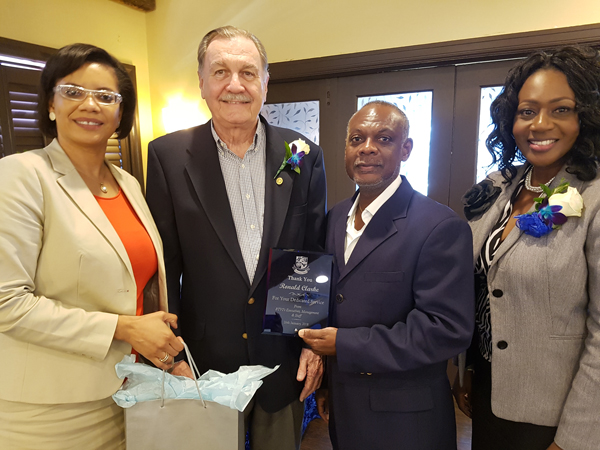 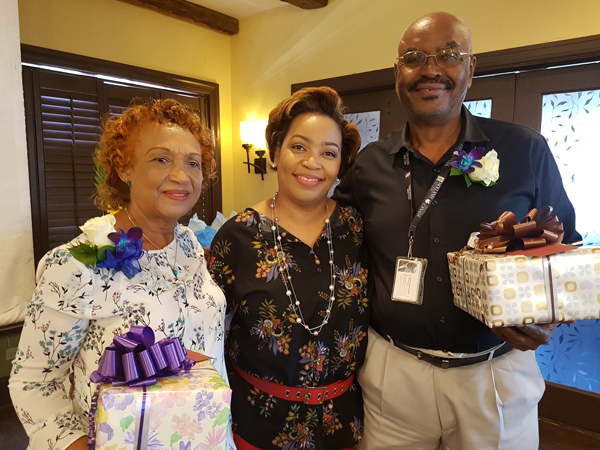 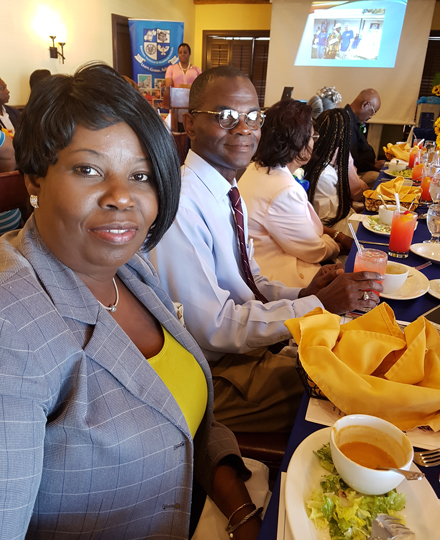 Supporting the retirees’ at the luncheon were Chair of English, Michelle Wildgoose and Manager of Technical Services, Wellington Bain. 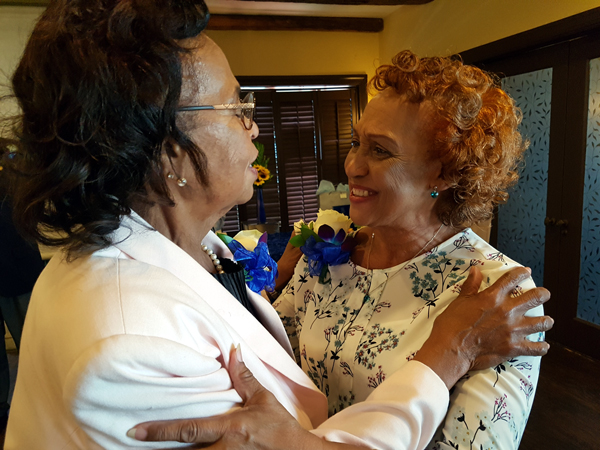 A warm embrace between Grand Bahama retiree, Doranell King (l) and Nassau campus nurse, Voreetis Barr (r) as the luncheon for retirees came to a close. 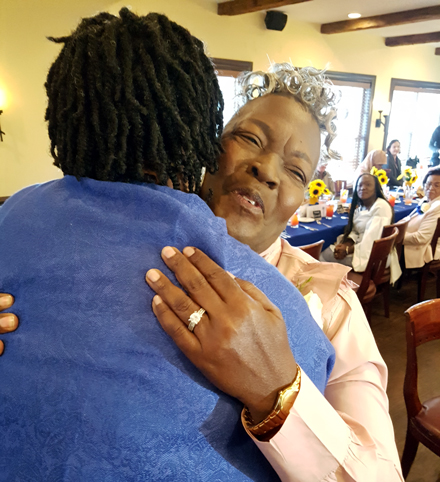 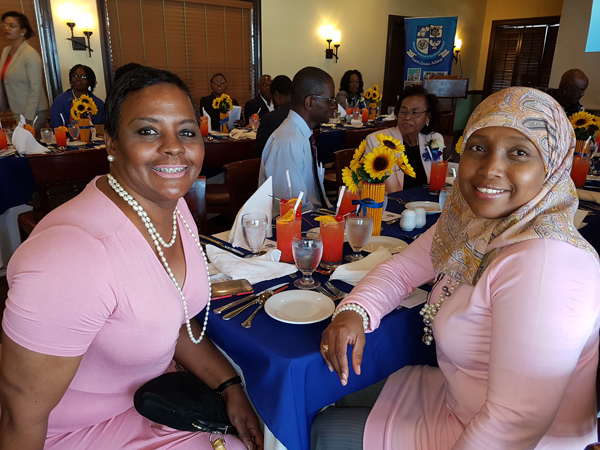 Chair of Fashion, Kathy Pinder (l) and Chair of Office Systems and Administration, Kerima Smith (r) pose for the camera during the luncheon held at Luciano’s of Chicago. 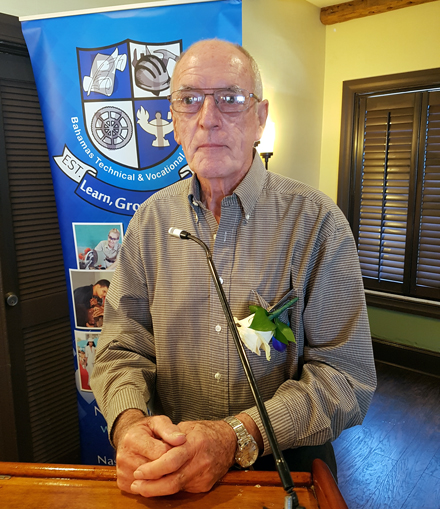 Graham Thornley has worked in the construction trades department at BTVI for 21 years. He became emotional during his thank you, sharing that he will miss the classroom. Some of the students he taught in high school, became his colleagues as instructors at BTVI.

Posted by Derek Catalano at 5:16 AM