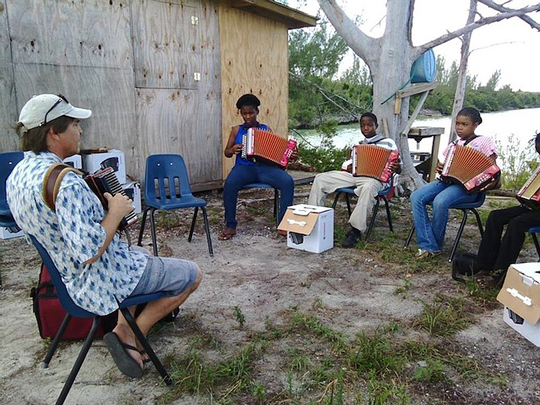 DIANA Hamilton’s efforts to preserve a musical tradition by helping mould a new generation of accordionists have been rigorous over the past three years. Since the launch of the Cat Island Accordion & French Project summer camp three years ago, she has sought to revive and expose people to the valuable tradition.

The Cat Island Accordion and French Project summer camp takes place all week long on Cat Island. The camp is taught in French and features master accordionist Robert Santiago, who is a specialist of South American traditional rhythms and European rhythms.