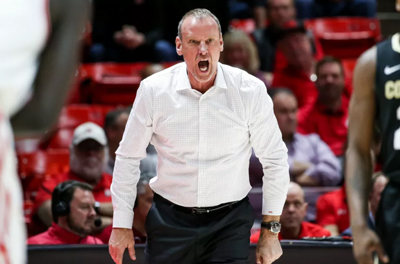 Utah Utes head coach Larry Krystkowiak calls out to players during a game against the Colorado Buffaloes at the Huntsman Center in Salt Lake City on Saturday, March 7, 2020. Spenser Heaps, Deseret News

SALT LAKE CITY — Some of the Utah Runnin’ Utes’ games this fall will reportedly be moving from a warm, tropical location to one of the colder winter locales in the United States.

The Runnin’ Utes are slated to compete in The Battle 4 Atlantis this season, a tournament typically held in the Bahamas, but numerous outlets have reported the event will be moved to Sioux Falls, South Dakota.  Read more >>
Posted by Anthony Derek Catalano at 6:45 AM