Another piece of coronavirus misinformation is making the rounds. Here’s how to sift through the muck. 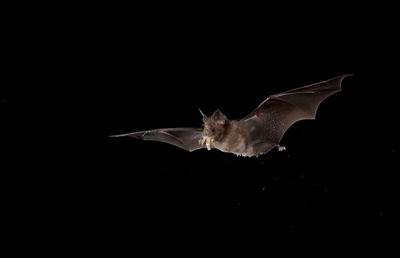 The Chinese horseshoe bat (Rhinolophus sinicus) ranges from northern India to southern China. Horseshoe bats are so named due to their horseshoe-shaped nose leaves. They are often found in caves or cave-like locations and feed mostly on small moths. The pandemic likely began with a coronavirus-infected horseshoe bat in China. - MerlinTuttle.org / Science Source
By Monique Brouillette and Rebecca Renner
National Geographic
Twenty years ago, data scientist Sinan Aral began to see the formation of a trend that now defines our social media era: how quickly untrue information spreads. He watched as false news ignited online discourse like a small spark that kindles into a massive blaze. Now the director of the MIT Initiative on the Digital Economy, Aral believes that a concept he calls the novelty hypothesis demonstrates this almost unstoppable viral contagion of false news.
“Human attention is drawn to novelty, to things that are new and unexpected,” says Aral. “We gain in status when we share novel information because it looks like we're in the know, or that we have access to inside information.”
A complicated combination of psychological factors is at work whenever a reader decides to share news, and otherwise smart people can become part of the cycle of disinformation.
One factor is knowledge neglect: “when people fail to retrieve and apply previously stored knowledge appropriately into a current situation,” according to Lisa Fazio, an assistant professor of psychology and human development at Vanderbilt University.
The human brain seeks out easy options. Readers cut corners, often sharing stories with grabby headlines before looking deeper into the story itself. Even when social media users do read what they share, their rational mind finds other ways to slack off.  Read more >>
Posted by Anthony Derek Catalano at 9:08 AM