The brand has traditionally featured a picture of waiter Frank Brown, representing a fictional rice farmer, but after 70 years and a row over how race is presented in America, it's changing. 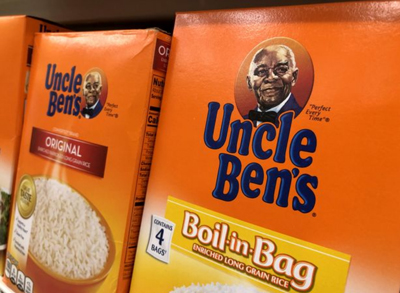 Uncle Ben's Rice unveils new Package and new name.
ByJames Andrews
Mirror
Uncle Ben’s rice will change its name and branding after claims its logo was guilty of racial stereotyping.
It will now be known as Ben's Original instead, with packaging with the new name hitting stores next year.
The change was unveiled by parent firm Mars in an effort to address concerns the old logo was racist.
Mars Food president Fiona Dawson said: “We listened to our associates and our customers and the time is right to make meaningful changes across society.
“When you are making these changes, you are not going to please everyone. But it's about doing the right thing, not the easy thing.”  Read more >>
Posted by Anthony Derek Catalano at 7:16 AM