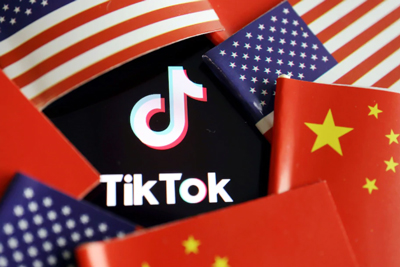 The Trump administration and others in the United States have voiced concerns that TikTok's Chinese ownership could open the door for Beijing to obtain U.S. consumer data. (Florence Lo/Reuters)

Oracle emerged late Sunday as the surprise victor in wooing short-term video app TikTok, which is proposing a compromise to the Trump administration that would allow it to potentially keep its current ownership, according to people familiar with the discussions.

The people, who spoke on the condition of anonymity to discuss the deliberations freely, said that TikTok recently put forward a proposal to the U.S. government that would allow its Chinese parent company, ByteDance, to retain ownership but outsource cloud management of the data. One of the people said that TikTok chose Oracle as its U.S. “technology partner” Sunday afternoon and that the companies brokered the deal in an attempt to satisfy regulator concerns.

Another possible element of the proposal, according to two of the people, is that ByteDance could move its headquarters outside of China to alleviate concerns that the parent company would be subject to Chinese laws that require firms, if directed, to share data in their systems with the government.  Read more >>
Posted by Anthony Derek Catalano at 4:59 AM