The Most Likely Way You’ll Get Infected With Covid-19 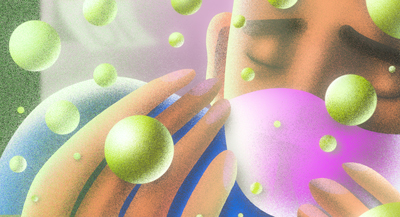 At the beginning of the pandemic in March, Jeffrey VanWingen, MD, a Michigan family physician, scared the bejeezus out of people and infuriated food scientists. During his 13-minute video, which went viral on YouTube and has been viewed over 26 million times, VanWingen tells people that when they come back from the grocery store, they should leave groceries outside for three days, spray disinfectant onto each product, and soak produce in soapy water. His rationale was that those items might carry the novel coronavirus and could potentially infect people after they come into contact with them.

Six months later, we’ve learned a lot about how SARS-CoV-2 spreads, and it turns out most of VanWingen’s tips are largely unnecessary and some are flat-out dangerous (you should never bleach your food, but hopefully you already knew that). Instead of obsessing over objects and surfaces, scientists now say the biggest infection risk comes from inhaling what someone else is exhaling, whether it’s a tiny aerosol or a larger droplet. And while a virus traveling through the air sounds terrifying, the good news is there is a safe, cheap, and effective way to stop the spread: wearing a mask. Here are the three primary pathways of transmission, and what experts know about them six months in.  Read more >>
Posted by Anthony Derek Catalano at 7:42 AM