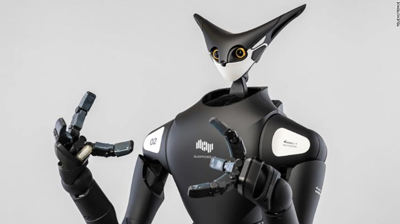 Nell Lewis, CNN Business
London (CNN Business) - Japan has the oldest population in the world, and that's causing an acute labor shortage. With almost a third of the population aged 65 and above, finding workers can be a challenge.
Increasingly, companies are turning to technology as a solution — including two of the biggest convenience store franchises in Japan, FamilyMart and Lawson.
This week, Lawson deployed its first robot in a convenience store, in Tokyo. FamilyMart trialled the same robots last month, and says it plans to have them working in 20 of its stores by 2022.  Read more >>
Posted by Anthony Derek Catalano at 4:19 AM