Samsung opens up the amazing Galaxy Z Fold 2, and you’re going to love it 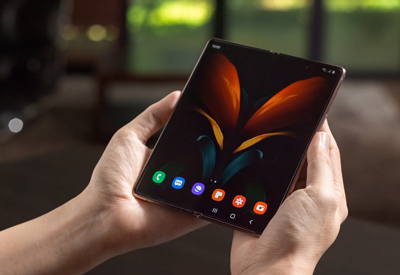 After a quick tease last month, Samsung has revealed everything about the Galaxy Z Fold 2, the sequel to the Galaxy Fold released this time last year and its third entry into the exciting world of foldable smartphones. Samsung has learned a lot about how to improve this very new type of mobile device since the Galaxy Fold, something that becomes clear as we delve into the design and specifications.

Folded up, the biggest visual change over the first Fold is immediately obvious. The front is covered with a large 6.2-inch screen, a considerable difference over the frankly tiny 4.6-inch screen on the Fold. This promises to make the phone more usable in its closed-up form, with minimized bezels around the sides to make the most of the space available. Closed, the Galaxy Z Fold 2 is 16.8mm thick at the hinge, and 13.8mm thick at the tip. It’s a tiny bit heavier than the Galaxy Fold at 282 grams, which is more than the Microsoft Surface Duo and considerably more than the Galaxy Note 20 Ultra.  Read more >>
Posted by Anthony Derek Catalano at 5:07 AM