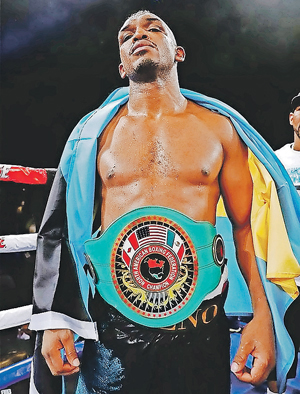 A MUCH anticipated bout between Tureano Johnson and Jaime Munguia has a tentative date - October 24.

The Athletic first reported that the promotional sides are nearing a deal that will solidify the logistics of the bout between the two middleweight contenders.

“A fight between Jaime Munguia and Tureano Johnson is being discussed for October on DAZN, sources tell The Athletic. Would be the Mexican’s first test at 160 pounds. Johnson, a tough, rugged gatekeeper, is coming off a stoppage win over Jason Quigley. October 24 is a potential date,” Mike Coppinger tweeted.  Read more >>
Posted by Anthony Derek Catalano at 1:22 PM