Didn't Motorola release a Razr in February? Yes, but this one is better. 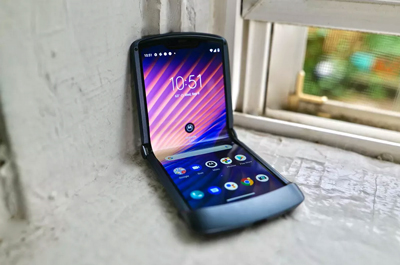 The Motorola Razr is back, again! - Patrick Holland/CNET

When it came out in February, the Motorola Razr was a hyped-up vision of the future with roots planted firmly in the past. It was the first modern smartphone that could fold in half with a foldable display -- but it packed nostalgic appeal too, because it looked like a clamshell from the early 2000s. In short, the phone was very, very cool. But there was a problem when the $1,500 phone launched, and it was called the Galaxy Z Flip.

Because the Z Flip had premium 2020 specs (compared to the modest 2019 specs on the Razr), was available on more carriers and had a lower price, Motorola's foldable flip phone suddenly didn't look so compelling anymore.

Then things got worse when the pandemic started, which forced many people to tighten their spending habits.

Despite all this, Motorola is giving it another go six months later. It might have helped that in August, Samsung added 5G to the Z Flip and raised the price of its phone from $1,380 to $1,450. Motorola also made numerous refinements to the Razr, added 5G and managed to drop the price to $1,400, which is $50 less than the Z Flip 5G.  Read more >>
Posted by Anthony Derek Catalano at 6:53 AM