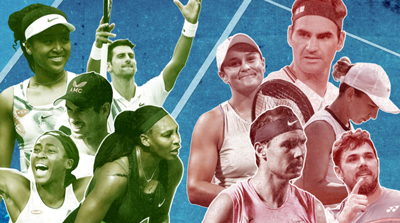 (CNN) - Naomi Osaka came to the US Open looking for a third Grand Slam title.

She got it by beating a rejuvenated Victoria Azarenka 1-6 6-3 6-3 -- after trailing by a set and nearly 3-0 -- but leaves New York as much more than just a fabulous tennis player.

Indeed, Osaka has combined her prowess on court with raising awareness for racial injustice.

As in her six previous matches at this US Open, Osaka wore a mask Saturday that displayed the name of a different Black victim of alleged police or racist violence in the US.

"I feel like the point is to make people start talking," Osaka said.

This time she honored Tamir Rice, a 12-year-old who was fatally shot by a police officer in Cleveland in 2014.  Read more >>
Posted by Anthony Derek Catalano at 6:51 AM