Hotel Workers At 'Wit's End' Ahead Of Re-Open 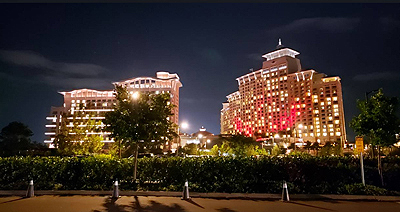 Hotel workers were yesterday said to be at "their wit's end", a union president said yesterday, with many unable "to go much further" after enduring a six-month wait for their employers to re-open.

Darrin Woods, the Bahamas Hotel, Catering and Allied Workers Union's (BHCAWU) president, hailed the announcement of the October 15 tourism return as "of the utmost importance to getting employees back on their feet" financially and emotionally.

Speaking after Dionisio D'Aguilar, minister of tourism and aviation, said his ministry had recommended that date as the target for re-opening hotels and beaches, with tour, attraction and excursion providers to follow on November 1, the union chief told Tribune Business that many resort workers are "on the edge right now" after going months without their regular income.

Pointing out that the October/November period would be a better period to attempt tourism's re-opening compared to the first effort in June/July, as the former includes the Thanksgiving holiday that traditionally kicks-off the peak winter season, Mr Woods said it was vital that both Atlantis and Baha Mar unveil their planned return dates soon.  Read more >>
Posted by Anthony Derek Catalano at 1:58 PM