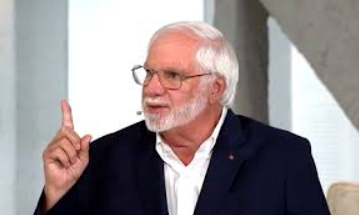 Joyner, who recently described Black Lives Matter protesters as the "KKK of this time," discussed his concerns about a civil war in the U.S. during an appearance on the conservative Christian program The Jim Bakker Show. Right Wing Watch first reported his remarks on Monday.

"We're in time for war. We need to recognize that. We need to mobilize. We need to get ready," Joyner said during the show. He went on to discuss "our civil war," saying that he'd seen in a dream that "militias would pop up like mushrooms" and they would be backed by God.  Read more >>
Posted by Anthony Derek Catalano at 6:25 AM