Did Stalin Pluck a Live Chicken as a Lesson to His Followers? 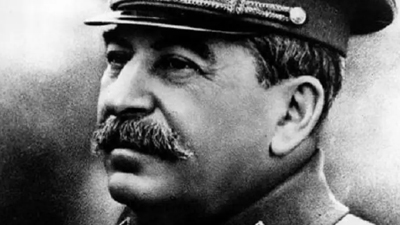 A common tale expresses the thought that a dictator can do anything he wants to "the people," so long as the people believe he is the source of their survival.

Aitmatov appears to be the source of this tale, but as noted in the above New Yorker article and a 2008 Reuters obituary for Aitmatov, he wrote in “elliptical, allegorical ways,” and his works “often interwove popular myths and folktales to create allegorical themes populated with down-to-earth characters.

Given that Aitmatov is the apparent source for this anecdote, that it did not first appear until some 30 years after Stalin’s death, and that Aitmatov was known for his use of allegory, most likely the tale is not a literal account of something Stalin did, but rather an illustrative sketch that Aitmatov either invented himself or heard elsewhere and subsequently attributed to Stalin.  (source)
Posted by Anthony Derek Catalano at 7:24 PM