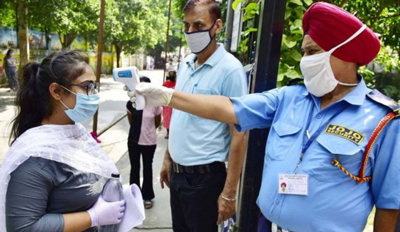 India has the second largest number of confirmed cases in the world. Hindustan Times

The World Health Organization (WHO) has recorded a record one-day rise in the number of new coronavirus infections, with 307,930 reported over 24 hours.

The biggest increases in infections were reported in India, the US and Brazil.

Worldwide there have been more than 28 million confirmed cases, half of which have been in the Americas.

The previous one-day record for new cases was on 6 September when the WHO reported 306,857 new infections.  Read more >>
Posted by Anthony Derek Catalano at 5:43 AM