Cooper: Minnis government’s disastrous mismanagement of the crisis has wreaked havoc on the economy 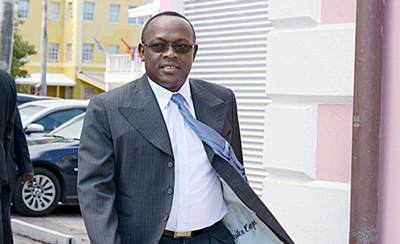 While the marketing department of the Ministry of Finance is to be thanked for yet another colorful fiscal snapshot report, these are of little use to the Bahamian people at this point.

The Progressive Liberal Party is less interested in last quarter’s fiscal performance than it is in examining the current state of the Public Treasury and having sight of this administration’s plan for economic recovery.

Given the severity of the crisis, the information in this report is dated. We are nonetheless examining the numbers closely and will have more to say in due course.

The government’s disastrous mismanagement of the crisis has wreaked havoc on the economy, making it worse than it had to be as businesses have been unable to plan and pivot as quickly as the rules change.

Bahamians continue to suffer, many lacking basic food and shelter as a result of inefficient programs and failed rental assistance program.

We re-iterate our belief that the fear of the economic fallout has, perhaps, surpassed the fear of the virus itself.  Read more >>
Posted by Anthony Derek Catalano at 6:31 AM