Cardi B Reportedly Filed for Divorce From Offset for This Reason 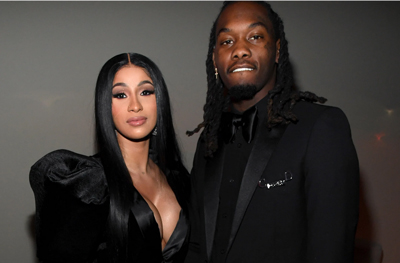 Cardi B with her husband, Offset. - Kevin Mazur/Getty Images

According to multiple outlets, Cardi B filed for divorce from her husband, Offset, on Tuesday, September 15, in Georgia—but we're just now getting some new details about what led her to make the decision. E! News reports the paperwork filed states that their marriage is "irretrievably broken" and that "there are no prospects for a reconciliation."

“Cardi does not trust Offset. She's really tried for the last two years and has tried to forgive him,” a source told the outlet. “It's been hard for her since the last cheating scandal and there have been rumors of him being unfaithful again.” Another source told People something similar about Offset's alleged infidelity. “Offset has pretty much cheated the entire time, but Cardi looked the other way because of the baby,” the source said. “She also didn't want to be embarrassed. But she's had enough.”  Read more >>

Posted by Anthony Derek Catalano at 6:55 AM