Battle 4 Atlantis Not Expected to be Played in The Bahamas 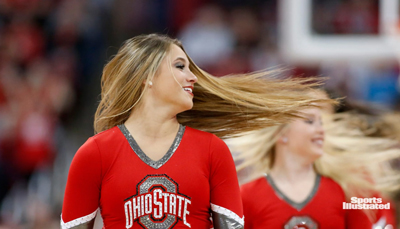 The Ohio State men’s basketball team will most likely not be making a trip to the Bahamas this coming season, as the Battle 4 Atlantis is expected to be hosted elsewhere be a report from Matt Norlander and CBS Sports.

The Buckeyes were slated to be part of an incredibly strong field in late November that also consisted of Duke, Texas A&M, Memphis, West Virginia, Creighton, Utah and Wichita State. OSU was scheduled to play three games spanning Nov. 25-27 over Thanksgiving in Paradise Island.

Tournament organizers are now exploring other cities to play host, with the new leading preference now apparently being the Pentagon in Sioux Falls, S.D. Its operations are run in conjunction with Sanford Health, the organization that oversees all COVID-19 testing and protocols for the PGA Tour.  Read more >>
Posted by Anthony Derek Catalano at 4:53 AM