Bahamas to Roll Out ‘Sand Dollar’ Digital Currency Next Month 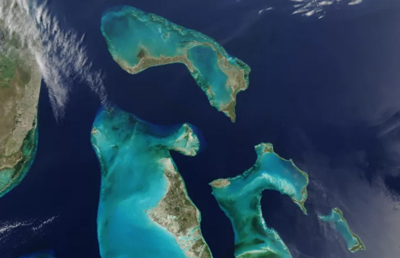 The Central Bank of the Bahamas has confirmed it is moving ahead with the nationwide launch of its digital currency sometime in October.

That will make it probably the first CBDC to launch anywhere in the world – it's been suggested China won't launch its own digital yuan initiative until the Beijing Winter Olympics in 2022.

Approximately $48,000-worth of the new CBDC will enter circulation initially and will be available via a mobile-based wallet app.

The Sand Dollar is backed 1:1 to the Bahamian dollar (BSD) which, in turn, is pegged to the U.S. dollar.  Read more >>
Posted by Anthony Derek Catalano at 7:52 AM