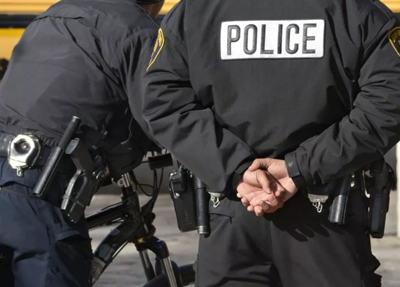 Two police officers stand in the plaza in front of the Alamo in San Antonio. On Monday, August 31, the Irving Police Department in Texas reported an anonymous letter warning Texas residents of merciless community shootings if they didn't return to their country. Robert Alexander/Getty

In Texas, an anonymous letter warned residents of merciless shootings if those from Chinese and Indian descent didn't return to their country.

The Irving Police Department in Texas posted the anonymous letter to its Facebook page, stating that it was aware of the letter "received by a member of the community."

The letter posted by the department begins by addressing the community members as "a**holes."  Read more >>
Posted by Anthony Derek Catalano at 5:16 AM