A tribute to the late Pastor Hugh Roach 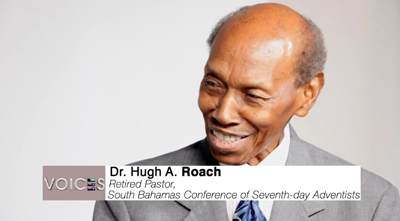 I was saddened to learn of the transition of Pastor Hugh Roach.

Pastor Roach, was a faithful father of the faith and a quintessential nation builder.
He was a gentleman par excellence who walked with dignity and grace.

As the newly elected Speaker of the House of Assembly from 2012 to 2017, my first official duty was to appoint a Chaplain. I was honored when Pastor Roach accepted my invitation. He served the House of Assembly staff and its Members with distinction. I was often moved by his moments of reflections at House Sittings. He was always sensitive to the moment, inspirational yet challenging. His message was consistent, always challenging Members of Parliament to a life of comity during debates, sacrifice and the urgency of social justice. He constantly reminded us that we are only here but for a moment and serving under God’s riches grace. Also, he was quite humorous often concluding his remarks with delightful Bahamian stories.  Read more >>
Posted by Anthony Derek Catalano at 6:45 AM