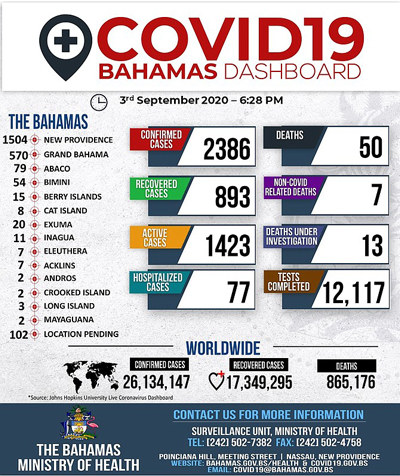 The Ministry of Health reported on Thursday that there were 49 newly confirmed cases of COVID-19, three deaths and one death under investigation.

Twenty-eight of the new cases were in New Providence, 13 were in Grand Bahama and eight were in Abaco.

An additional death is also under investigation.  (source)
Posted by Anthony Derek Catalano at 9:52 AM