This Positive Discipline Model Helps Reshape How You Teach Children 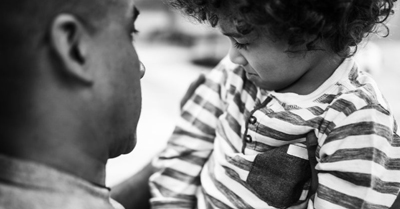 It trains you to stop and consider an important question: What are you trying to aim for in the long run?

Hitting kids doesn’t work. Research shows that corporal punishment is no more effective in making kids listen than other kinds of discipline. Instead, physical punishment puts children at risk for poor mental health, worse performance in school, and violent behavior in adulthood. Simply put, it’s an ineffective way to communicate, and one that does long term harm. Even when a child does stop what they’re doing in response to being hit, it’s only out of fear – fear of the person tasked with protecting them. It does nothing in the way of teaching children right from wrong, making them understand the consequences of their actions, or helping them take responsibility for their mistakes. Positive discipline does all of that, helping children learn to regulate their feelings and make amends for their mistakes without harsh punishments or even rewards.

As a developmental psychologist who studies corporal punishment, Dr. Joan Durrant knows the damage done by harsh forms of punishment but also understands how difficult it can be for parents to change how they react to behaviors, as it is so often guided by childhood experience.  Read more >>
Posted by Anthony Derek Catalano at 5:34 AM