This Is Rusten Sheskey, The Kenosha Officer Who Shot Jacob Blake 7 Times 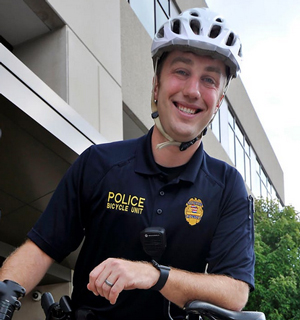 Three days after a Kenosha, Wisconsin police officer shot 29-year-old Jacob Blake in the back seven times, leaving him paralyzed from the waist down, the Wisconsin Department of Justice identified the cop who pulled the trigger as Rusten Sheskey. Sheskey is a seven-year veteran of the police force and is currently on paid administrative leave while the Division of Criminal Investigations, FBI, and local officials investigate the incident.

Currently, no charges have been announced against Sheskey, who was seen on video holding a firearm to Blake and firing round after round into his back in front of his children. But with the release of his name, a picture of the officer — and the story he is telling about the events of Sunday evening — are beginning to emerge. State Attorney General Josh Kaul gave a brief account of how law enforcement were portraying the events that led up to the shooting.  Read more >>
Posted by Anthony Derek Catalano at 4:40 AM