The Rise of Esports 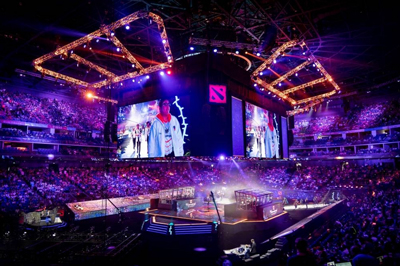 Esports are widely and erroneously dismissed as a hobby - not a sport, but a bunch of teenagers playing video games.

The winners of 2019’s International Dota 2 tournament would beg to differ. They walked off with more than $15 million in prize money - not bad for a hobby.

The attention-getting prize money isn’t the end of the story. Esports teams train hard, practice strategy, and fine-tune their diets to shave milliseconds off their response time. They spend years honing their skills, then play in rounds of qualifying tournaments in preparation for big-money competitions. During a match, it all comes down to training, concentration, and reflexes. That’s why gaming is now classified as a sport.

Today’s esports world features fans, stadiums, sponsors, promotional swag, big prizes, and star performers. Video games are on the big stage now, and those who master them are superstars.

You might be surprised to learn that esports have been around for decades.

It all started in 1952 when Cambridge professor A.S. Douglas invented OXO - a computer adaptation of tic-tac-toe that is the first known video game. One person at a time faced the computer opponent. Competitive play began in 1958 when physicist W.A. Higinbotham created Tennis for Two. This was the first video game in which two opponents could play against each other.

The first video game competition was held in 1972. Stanford University’s Laboratory for Artificial Intelligence organized a tournament it called the Intergalactic Spacewar Olympics. Twenty-four students competed to win a year’s subscription to Rolling Stone magazine. A similar event took place in 1980 - a Space Invaders championship sponsored by Atari. It attracted more than 10,000 players and propelled video gaming into the limelight.

Four decades later, esports have undeniably become big business. But they remain a perplexing conundrum to most people. The younger generations have eagerly accepted gaming and the competitions that come with it - after all, they grew up with video games. Their parents and grandparents are the ones who don’t see how a team of people sitting in chairs manipulating joysticks and communicating with teammates over headsets qualify as sports stars.

One of the most important public acknowledgments of esports as a legitimate form of athletics came from NBA superstar Rick Fox, who led the Los Angeles Lakers to three consecutive NBA championships. In a 2014 appearance on The View, Fox said a conversation with his son led him to the conclusion that pro gamers deserve to be thought of as athletes. Vox noted that esports stars, like NBA basketball stars, need focus, training and dedication. And he noted that universities are beginning to offer sports scholarships to gamers.

Most scholarships are partial, but more and more schools are starting to offer full tuition. Not everyone manages to make a career out of gaming, but scholarships like these let players earn a college degree while they work hard and train to see if they’ve got what it takes for the esports pros.

The advancement of esports betting was slow and shaky. There were lots of regulatory and legal issues to resolve. But with millions of viewers and plenty of companies interested in sponsoring events, it was inevitable that it would take off.

Although the COVID-19 pandemic has postponed a great many public sports matches, esports have managed to survive. Why not? Esports teams and their fans are accustomed to online tournaments. Arena events have been canceled or postponed, but fans and bettors still have access to ongoing competitions and tournaments.

You can play the games, watch them, and bet on them - but is there really a career to be made from any of this? We know that top players can earn substantial amounts of money from tournaments, but with billions of gamers in the world, only a handful can count on reaching such exalted ranks.

That’s why it’s a good thing for the gaming world that the rise of esports has brought on many accompanying professions.

In addition to going pro, people who have devoted themselves to video gaming can pursue their passion through esports-related jobs. Esports commentators, analysts, team managers, referees, journalists, bloggers, team managers, and publicists make up the tip of the iceberg when it comes to this fast-growing field.

It’s difficult to say what will happen to esports in the years to come, but for the time being, it looks like smooth sailing. The International Olympics Committee has even commended the esports movement, a first step toward adding video games to the Olympics. The most serious issue for esports enthusiasts to worry about is the possibility that sudden popularity and profitability might compromise the integrity of the tournaments. So far, it seems that the love players and fans feel for this sport will be sufficient to preserve its values.
Posted by Anthony Derek Catalano at 6:12 AM