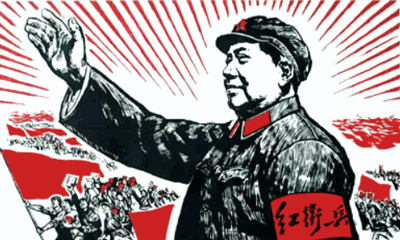 What are Propaganda Techniques? They are the methods and approaches used to spread ideas that further a cause - a political, commercial, religious, or civil cause.

Why are they used? To manipulate the readers’ or viewers’ reason and emotions; to persuade you to believe in something or someone, buy an item, or vote a certain way.


Name calling: This techniques consists of attaching a negative label to a person or a thing. People engage in this type of behavior when they are trying to avoid supporting their own opinion with facts. Rather than explain what they believe in, they prefer to try to tear their opponent down.

Glittering Generalities: This technique uses important-sounding “glad words” that have little or no real meaning. These words are used in general statements that cannot be proved or disproved. Words like “good,” “honest,” “fair,” and “best” are examples of “glad” words.

Transfer: In this technique, an attempt is made to transfer the prestige of a positive symbol to a person or an idea. For example, using the American flag as a backdrop for a political event makes the implication that the event is patriotic in the best interest of the U.S.

False Analogy: In this technique, two things that may or may not really be similar are portrayed as being similar. When examining the comparison, you must ask yourself how similar the items are. In most false analogies, there is simply not enough evidence available to support the comparison.

Testimonial: This technique is easy to understand. It is when “big name” personalities are used to endorse a product. Whenever you see someone famous endorsing a product, ask yourself how much that person knows about the product, and what he or she stands to gain by promoting it.

Plain Folks: This technique uses a folksy approach to convince us to support someone or something. These ads depict people with ordinary looks doing ordinary activities.

Card Stacking: This term comes from stacking a deck of cards in your favor. Card stacking is used to slant a message. Key words or unfavorable statistics may be omitted in an ad or commercial, leading to a series of half-truths. Keep in mind that an advertiser is under no obligation “to give the truth, the whole truth, and nothing but the truth.”

Bandwagon: The “bandwagon” approach encourages you to think that because everyone else is doing something, you should do it too, or you’ll be left out. The technique embodies a “keeping up with the Joneses” philosophy.

Either/or fallacy: This technique is also called “black-and-white thinking” because only two choices are given. You are either for something or against it; there is no middle ground or shades of gray. It is used to polarize issues, and negates all attempts to find a common ground.

Faulty Cause and Effect: This technique suggests that because B follows A, A must cause B. Remember, just because two events or two sets of data are related does not necessarily mean that one caused the other to happen. It is important to evaluate data carefully before jumping to a wrong conclusion.
Posted by Anthony Derek Catalano at 6:15 AM