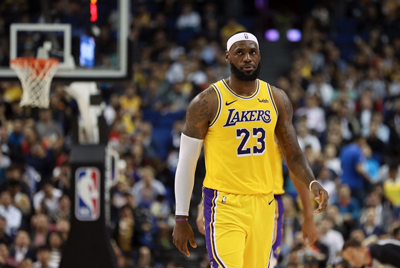 There appears to be a rift between LeBron James and younger players in the league.

On Wednesday night it was reported that a frustrated LeBron abruptly stormed off during a pivotal meeting between players to see if they wanted to continue the season after the Milwaukee Bucks had gone on strike to protest the police shooting of Jacob Blake.

We’re getting a little bit more insight into how players are feeling about LeBron’s actions at the meeting and it’s not looking good for the “king”.

According to ESPN’s Stephen A. Smith., players and owners were turned off by the way LeBron spoke to them which he described as “out of pocket.”

Many players took issue with LeBron saying that he was looking after other players who were “beneath” him during a meeting with owners.  Read more >>
Posted by Anthony Derek Catalano at 7:57 AM