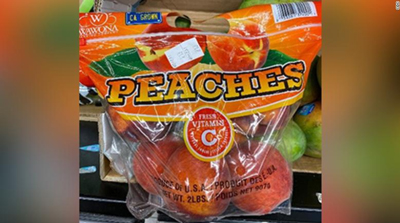 (CNN) - A peach recall has expanded to include loose peaches and peach products after 78 people were sickened in 12 states by salmonella poisoning linked to the fruit, the US Centers for Disease Control and Prevention said Thursday.

Of the 78 reported cases of illness traced back to the potentially tainted fruit between June 29 and Aug. 3, 23 victims were hospitalized, the CDC reported. No deaths have been reported. Victims ranged in age from one to 92 years old.

The agency is warning that more salmonella poisonings are possible. "Illnesses might not yet be reported due to the time it takes between when a person becomes ill and when the illness is reported. This takes an average of 2 to 4 weeks," the CDC said.  Read more >>
Posted by Anthony Derek Catalano at 4:53 AM