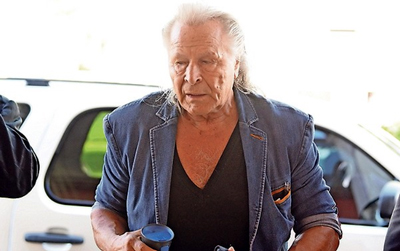 CANADIAN fashion mogul Peter Nygard faces astonishing new allegations – that he sex trafficked two of his closest relatives and had them subjected to sexual assault.

In court papers just filed against Nygard in a New York court the relatives – who cannot be identified – claim they were separately flown to Nygard’s homes – one to Canada and the other to Nygard Cay in The Bahamas - where they were “raped” by Nygard’s girlfriend in order “to make a man of them”.

The lawsuit is the latest legal filing against the runaway billionaire who has been hit by dozens of accusations from women from here in The Bahamas, the United States and Canada who all allege he subjected them to appalling sex assaults – many when they were very young girls.

The beginning of the new case for the the two relatives – known as John Doe 1 and John Doe 2 reads: “John Doe No. 1 and John Doe No. 2... bring this action to shine the light of truth on their (relative’s) sexual abuse. Each of the(m) has experienced, first-hand, the destruction caused by Peter Nygard’s sex trafficking venture and, through their truth, stand for accountability and justice.

“In addition to sex trafficking his own (relatives), Peter Nygard lied about the sexual abuse and attempted to intimidate his (relatives) into remaining quiet. But plaintiffs in this case refuse to be silenced and, following investigation in the last several months, Nygard’s (relatives) have come to realize the lies and corruption of Peter Nygard, including sex trafficking, intimidation, and destruction of countless innocent victims.

“Nygard’s (relatives) bring this case to shed the light of truth for their own justice and to help provide a voice for other innocent victims of violence and sexual abuse by (Nygard). They stand now for their own truth and justice, guided by the ethos that silence cannot be countenanced; silence is complicity; now is the time to speak – to speak the truth for all victims.  Read more >>
Posted by Anthony Derek Catalano at 8:08 AM