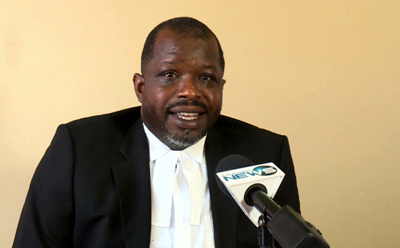 NASSAU, BAHAMAS – Attorney Wayne Munroe revealed yesterday there are a number of talented lawyers participating in a class-action lawsuit against the government over the state of emergency and emergency orders.

On Tuesday, Munroe’s firm filed a writ on behalf of 21 people – some of whom are business owners impacted by the orders and others who were charged and convicted for breaking the orders – submitting that orders are unconstitutional.

While appearing on the Hitback with Nahaja Black, Munroe revealed some of those attorneys include Damian Gomez Q.C, Bjorn Ferguson, and others, among whom also appeared on the radio talk show.

“Clearly this is a wider problem than people getting charged with breaking the emergency orders, in the case of Acklins with somebody’s restaurant being interfered with, in the case of Potter’s Cay Dock and Arawak Cay being closed and discriminated against,” Munroe said.

“It’s a broader issue that impacts all of The Bahamas and we intend to make an application to make it a representative action, which is a class-action suit.

“I think it’s important that we have not one firm, not one lawyer, but a collective group of lawyers because if we are successful, then the result would bind everyone whose included in the class, so should we succeed everyone can recover.”

The suit filed on Tuesday seeks declarations that there was no state of emergency within the meaning and contemplation of Article 29 of the constitution, in The Bahamas or on every island of The Bahamas, at the time the proclamation was made by the governor-general or when the state of emergency was extended by Parliament.  Read more >>
Posted by Anthony Derek Catalano at 8:04 AM