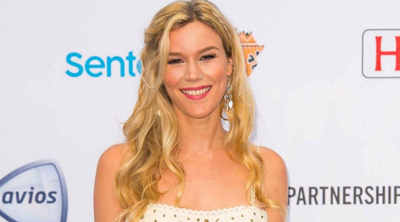 Joss Stone was called 'out of touch' by fans for sharing advice on happiness from the Bahamas. (Getty)

Joss Stone sparked outrage online for sharing tips on how to find happiness while enjoying a luxe getaway in the Bahamas.

The British singer, 33, is entering new territory with the launch of her podcast, "A Cuppa Happy," which aims to help listeners define what it means to be happy and how to appreciate it.

She appeared on "Good Morning Britain" on Thursday to discuss the endeavor and was immediately called out for being a "tone deaf" celebrity.

"I’ve noticed that we have a lot of opportunity to be happy and we don’t always take it," Stone said on the show via Yahoo. "I would say choice is something that every person I've spoken to so far has kind of flagged -- that we have a choice. I don't think everybody truly feels that way."

Stone went on to say that the belief that people cannot choose to be happy is a "total myth" unless people are physically confined, such as being "enslaved" and "in prison."

"But mentally we have little choices that we make as we walk along in this life and that is for every single person...It's a nice thought. It's very freeing and it seems everybody is in agreement with that one," she said.

Stone's interview quickly circulated Twitter and users began slamming the "Super Duper Love" singer for failing to acknowledge that her rich and famous lifestyle may have tainted her views on the subject.  Read more >>
Posted by Anthony Derek Catalano at 8:30 AM