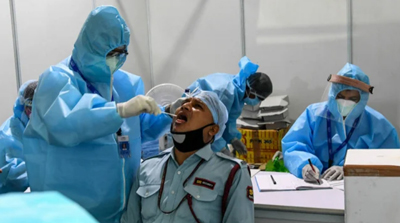 Data gathered by Johns Hopkins University found that 54,735 cases were reported in India on Sunday, down from a record number of new cases, 61,200, reported the day before. The country now has confirmed 1.75 million cases of the virus since the beginning of the pandemic.

India's rate of new infections has climbed steadily since May, and the country currently has the third-highest number of confirmed infections, behind the U.S. and Brazil, which have also struggled to stop the spread of the virus.  Read more >>
Posted by Anthony Derek Catalano at 1:46 PM