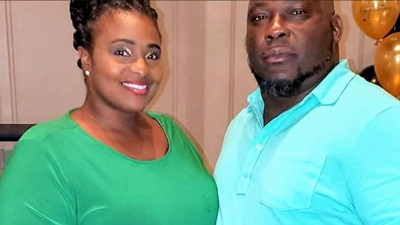 By Stephanie Toone, The Atlanta Journal-Constitution

South Georgia woman shares how her husband died from COVID-19

A South Georgia woman whose husband died of COVID-19 said she hopes her husband’s fate is a telltale sign of why the rampant virus should be taken seriously.

Cedrick Crumpton, one of the youngest people to die of the virus in Lowndes County, had no underlying health conditions when he was diagnosed with the coronavirus.

Katrina Crumpton told news station WALB the first inkling that something was wrong came July 1, when the family was preparing for the Fourth of July. The Valdosta dad and husband went to work, but that same night he began vomiting. They thought Crumpton had a stomach bug. When he attempted to get tested the next day at South Georgia Medical Center, he got pushback due to his lack of symptoms.

He was eventually tested, and his results showed he was positive for the virus, which has now claimed the lives of more than 4,500 Georgians and more than 168,000 Americans.  Read more >>
Posted by Anthony Derek Catalano at 8:08 AM