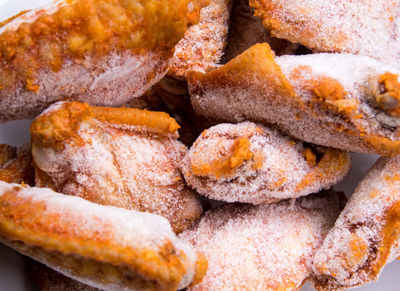 We have some unappetizing news: Disease control centers in China have detected the new coronavirus on frozen chicken wings, according to Reuters. Officials didn’t disclose which brand of wings was involved, but they did state that the shipment came from Brazil, which has the second-highest rate of COVID-19 infection in the world. Brazil currently has 3.4 million confirmed cases, according to Johns Hopkins University. The country’s case numbers are only behind those of the United States, which has 5.4 million confirmed cases at press time.

This isn’t the first time reports have circulated about food or food packaging testing positive for the coronavirus. A few days before the chicken wing news broke, China reported that shrimp packaging from Ecuador also tested positive, Reuters says, and New Zealand is reportedly examining whether their new spate of infections can be linked to freight shipping.

So, should you be eyeing your fridge with suspicion? Experts don’t think so, at least not based on the current science surrounding COVID-19 and food.  Read more >>
Posted by Anthony Derek Catalano at 6:44 AM