After Haley Zager was arrested for child abuse, police found a metal Altoids tin full of various pills stuffed in her underwear. 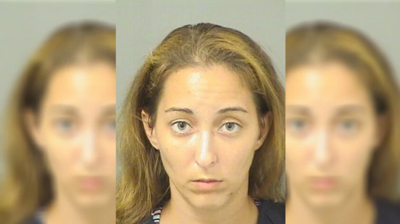 Haley Zagar is accused of slapping a Black child and calling him a racial slur. (Palm Beach County Sheriff’s Office)

Haley Zager, a 30-year-old white Florida woman, has been arrested after she allegedly slapped an 11-year-old Black boy and called him the n-word.

She was charged with child abuse, which was increased to a second-degree felony because of the racial aspect of the incident.

The incident took place when the unnamed boy accidentally bumped the woman’s go-kart at Boomers, an entertainment center in Boca Raton.  Read more >>
Posted by Anthony Derek Catalano at 7:49 AM