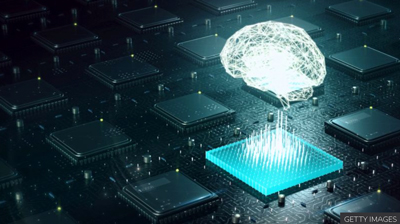 Getting the human brain to communicate with machines is an ambitious goal.

Elon Musk is due to demonstrate a working brain-to-machine interface as part of his ambitious plans to give people superhuman powers.

But Friday's demonstration will involve a robot and "neurons firing in real time", a series of tweets reveals.

The interface could allow people with neurological conditions to control phones or computers with their mind.

But the long-term ambition is to usher in an age of what Mr Musk calls "superhuman cognition".
People need to merge with artificial intelligence, he says, in part to avoid a scenario where AI becomes so powerful it destroys the human race.  Read more >>
Posted by Anthony Derek Catalano at 7:06 AM