Did the Bahamas reopen too quickly? 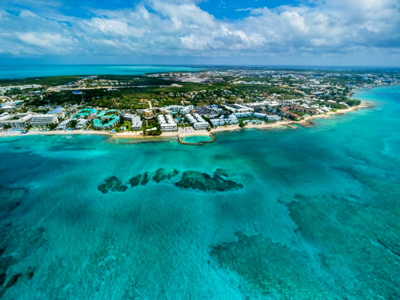 © Provided by The Points Guy

The Caribbean and the islands of the North Atlantic Ocean were some of the first regions in the world to reopen to U.S. travelers, as economies were battered by the effects of COVID-19 and the loss of tourism. We reported in June that infectious disease specialists warned reopening too soon could result in overwhelmed healthcare systems.

Tourism is vital to the region’s economic survival and employs over three million in the region. Throughout the pandemic, societies around the globe have tried to balance the isolation and economic harm of lockdowns with doing whatever they could to stop the virus from spreading. Some countries were successful in flattening the curve while others bungled the response.

Countries that have gotten it wrong, (particularly the U.S., where lockdowns were left up to individual states) reopened too soon or never really closed.

They are now being forced to once-again impose new restrictions as the pandemic drags on.  Read more >>
Posted by Anthony Derek Catalano at 5:39 AM