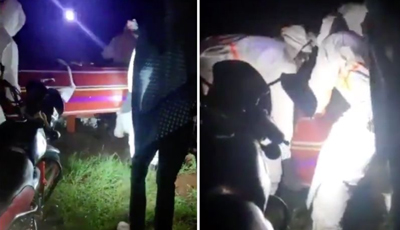 The World Health Organisation last heard from Tanzania on April 29, when the country reported 509 cases and 21 deaths from COVID-19, in what would be a strikingly high death rate.

As early as May, there were major fears of a cover-up over the coronavirus death toll.

“Without transparency, the citizens will be more scared, which may cause even more deaths.”

The country’s health authorities later promised to stop the secret night burials. However, the government has continued to marginalise testing labs and lead a crackdown on anyone who dares raise concerns about the virus’s spread in his East African country, or the government’s response to it.

Critics have been arrested, and opposition politicians and rights activists say their phones are being tapped.  Read more >>
Posted by Anthony Derek Catalano at 7:57 AM