Countries led by women had nearly half the COVID-19 deaths of men-led ones, study says 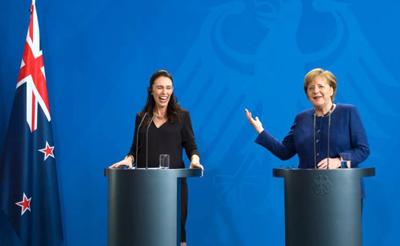 A review of 194 countries fighting against the coronavirus reveals that women-led countries such as New Zealand and Germany have fared “significantly” better than countries led by men.

The research, which has yet to be peer reviewed, shows that initial policy responses during the first quarter of the pandemic in female-led countries have saved nearly two times more lives than those run by males despite having similar numbers of cases, according to the preprint published on the Social Science Research Network.

The pair of researchers from England say the results point to “better policies and compliance” in countries led by women, particularly the timing of lockdowns. The findings “offer a unique global experiment” to study the impact of gender on leadership during an emergency — a field that has received little to no academic attention because few female leaders exist, the researchers admit.

“This lack of female leadership has given way to ‘single-sex’ conjectures that support the ‘Great Men’ view of history, within which, events are determined by the instrumental and causal influence of a small number of men,” researchers Supriya Garikipati and Uma Kambhampati wrote in their paper. “The gender of leadership could well have been key in the current context where attitudes to risk and empathy mattered as did clear and decisive communications.”  Read more >>
Posted by Anthony Derek Catalano at 6:55 AM