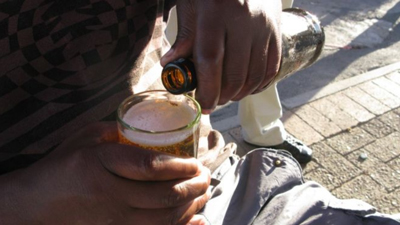 The World Health Organization (WHO) classifies the majority of drinkers in the country as binge drinkers.

This means around 59% of alcohol consumers drink more than 60g of pure alcohol on at least one occasion a month - that is six alcoholic drinks, four more than the daily recommended amount for men.

South African Medical Research Council's Charles Parry, who has spent more than two decades researching the country's fraught relationship with alcohol, believes there's an inextricable link between our drinking culture and our past.

"There was a period of time when alcohol was not available to black South Africans," Prof Parry tells me about the days before white-minority rule ended in 1994.

This led to drinkers going to illegal bars, with many black people seeing it as an act of defiance against the apartheid regime.  Read more >>
Posted by Anthony Derek Catalano at 7:36 AM