Bill Gates critiques U.S. COVID testing: ‘The most worthless results of any country in the world’ 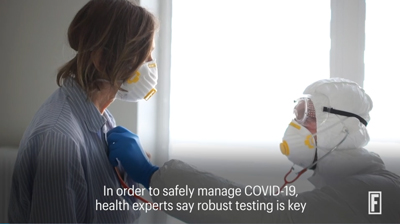 By Yueqi Yang and Bloomberg

“You’re paying billions of dollars in this very inequitable way to get the most worthless test results of any country in the world,” Gates said on CNN’s “Fareed Zakaria GPS” on Sunday. “No other country has this testing insanity.”

“A variety of early missteps by the U.S. and then the political atmosphere meant that we didn’t get our testing going,” he said.  Read more >>
Posted by Anthony Derek Catalano at 7:48 AM