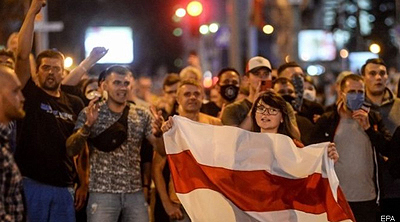 Officials say one demonstrator died when an explosive device went off in his hands - the first confirmed fatality since the clashes began.

His main rival Svetlana Tikhanovskaya refused to accept the results, saying she was the real winner.

A lack of scrutiny - no observers were present - has led to allegations of widespread vote-rigging in the poll.  Read more >>
Posted by Anthony Derek Catalano at 7:25 AM