After The Sad Loss Of Chadwick Boseman, What Happens To Black Panther 2? 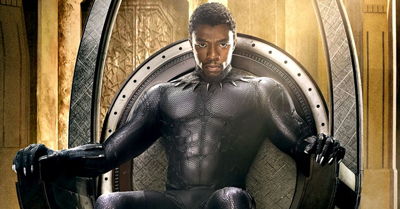 While recasting is easy for Marvel, in this case it may be disrespectful. Marvel may choose instead to pass the title on, or simply cancel the sequel.

The devastating news of the untimely death Chadwick Boseman, only 43, broke in the Friday evening August 28, 2020, and left fans and stars mourning the loss of Black Panther actor on social media.

Boseman shone in the role of T'Challa (AKA The Black Panther) in four Marvel Movies, including Civil War and Avengers: Endgame, and sweept fans off their feet as King of Wakanda in the standalone 2018 Black Panther movie. The film was incredibly important to Marvel fans, especially Black Marvel fans, who have been vying for more representation for many years.

Fans were rooting for a second installment, and the extreme success of the movie - which made $1.3 billion at the box office - led Marvel Studios to confirm work on the much-demanded sequel. Now, however, this sudden, sad demise of Boseman, has left many wondering what was to become of the planned second part that was to hit the theaters on May 6, 2022.  Read more >>
Posted by Anthony Derek Catalano at 6:52 AM